Why do high-end electric bicycles use torkex axis torque sensor?

Why do high-end electric bicycles use bottom axle torque sensors?

“E-Bike”-a very popular combination of words in recent years, derived from “Electric-Bicycle”, that is, bicycles with electric assist, commonly known as electric-assisted bicycles. Different countries have different power and speed limits for electric-assisted bicycles. According to EU standards, the motor’s rated power must not exceed 250 W, and when the maximum operating speed reaches 25 km/h, the assist will be automatically turned off.

In just a few years, the e-Bike wave has swept across developed countries and regions with mature green road transportation such as Europe, America, Japan, Korea, etc., and has gradually become one of the fastest-growing bicycle consumer products. More than 30% has become the biggest driving force for the bicycle industry to maintain its vigorous development. 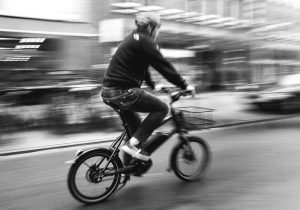 First-tier international manufacturers, such as Shimano, have specially launched e-BIKE variable speed and brake kits, and even set foot in a comprehensive motor series product line. Other well-known brands such as Zhiqing NECO have developed e-Bike power motors. In this emerging market category, the core technology of electric power is the motor technology and its supporting sensors, transmission and other components. The development of the market can be controlled by mastering the core technology.

In the traditional sense of “electric” bicycle, its power part is in the wheel hub, this is also our most common. Looking at the excellent electric-assisted models on the market in recent years, the battery and motor are all hidden beautifully: the battery is generally hidden in the lower tube of the frame; the motor is hidden in the bottom bracket. This is located in the bottom bracket part of the frame, which replaces the position of the bottom axle, and is called the bottom axle torque sensor. ,

The bottom axle torque sensor is the best solution among mainstream products currently on the market. Why is it said that it is currently the best electric power solution? Because the bottom bracket torque sensor has more advantages, lighter weight and higher energy efficiency, it is adopted by most manufacturers.

The advantages of “e-Bike” using the bottom axle torque sensor are roughly as follows:

The bottom axle torque sensor is a power directly acting on the bottom axle, and the output kinetic energy acts on the chainring to assist the rider in pedaling. The motor is only responsible for direct mechanical transmission and only acts on the force part of the vehicle pedaling, and its electric energy-kinetic energy conversion rate is generally above 80%.

2. The bottom axle torque sensor has many speed changing conditions and greater torque

The bottom axle torque sensor is a combination mechanism of internal transmission gears. Multiple clutch gears are used to form a variable speed ratchet inside the motor housing, so that its output torque is increased, and the load and climbing power are higher. And its torque sensor is also more sensitive, sensing changes in the pedaling force of the crank, which will directly act on the central axis and accelerate faster.
Since the basic speed change and transmission structure of the bicycle is not changed, the rider can also cooperate with the original mechanical rear speed change mechanism of the vehicle to achieve higher riding efficiency.

3. The bottom axle torque sensor makes the distribution of the center of gravity of the vehicle reasonable, which is more suitable for sports bicycles.

Regardless of whether the in-wheel motor is placed on the front wheel or the rear wheel of the old e-Bike, the power center of gravity of the whole vehicle will not be balanced due to the high quality of the motor. Therefore, the weight distribution of the battery must be used to share the weight of the motor. The imbalance.
Moreover, when the motor is working as a booster, the power end is on the wheels, which will cause a strong sense of drag and paragraph when starting, which seriously affects the riding experience and is not suitable for controlling the vehicle.
In addition, most of the weight is distributed on the wheels, which will also affect the performance of the braking system, and the rotational inertia generated by the motor’s own weight will increase the load of the braking system.

The bottom bracket torque sensor is located in the middle of the frame, so it will not affect the balance of the vehicle under fast driving, and there is no need to arrange additional battery weight for counterweight. Therefore, most new cars on the market currently place the battery or even hide the battery in the undertube of the frame Location.
On the other hand, the power is only located on the bottom bracket-crank-chain ring, which normally simulates the force applied during riding, and will not change the rider’s habit of operating the mechanical transmission system. Therefore, different speed ratios can still be selected to suit different road conditions and conditions. Riding environment-So the bottom axle torque sensor is more suitable for use on sports bikes.
And it will not increase the additional burden of the braking system, and the under-wheel mass of the front and rear wheels has not changed, which has no effect on the conventional braking performance. 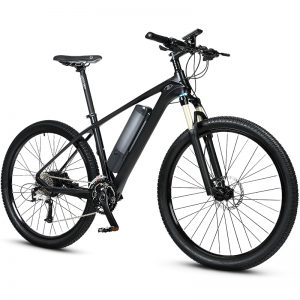 5. The bottom bracket torque sensor is more dustproof and waterproof, and has a low failure rate

Generally, the box of the central axis torque sensor has a very high defensive force, and can generally reach a protection level of IP65 or higher. When the motor is running, it can completely resist the intrusion of foreign objects and dust, as well as low-pressure water jets from any angle.
In contrast, the traditional electric power assist system is mostly hook torque sensor or external bottom axle torque sensor, plus a separate speed sensor set on the frame of a single line connection, so many external additional parts, in daily use It will increase the chance of failure.

e-Bike leads the development trend of future bicycles, reduces the burden on riders, and enhances the fun of riding. The development of science and technology is inseparable from the heavy investment of research and development. Manufacturers are contending and competing to produce better new products.
Under the sweep of this new wave, it is hoped that not only the new technology of the bottom bracket torque sensor will be available, but also looking forward to the future, we are willing to have greater innovations. The convenience that you can really experience is by your side. If you have the opportunity, you might as well experience the new feelings and fun brought by e-Bike.